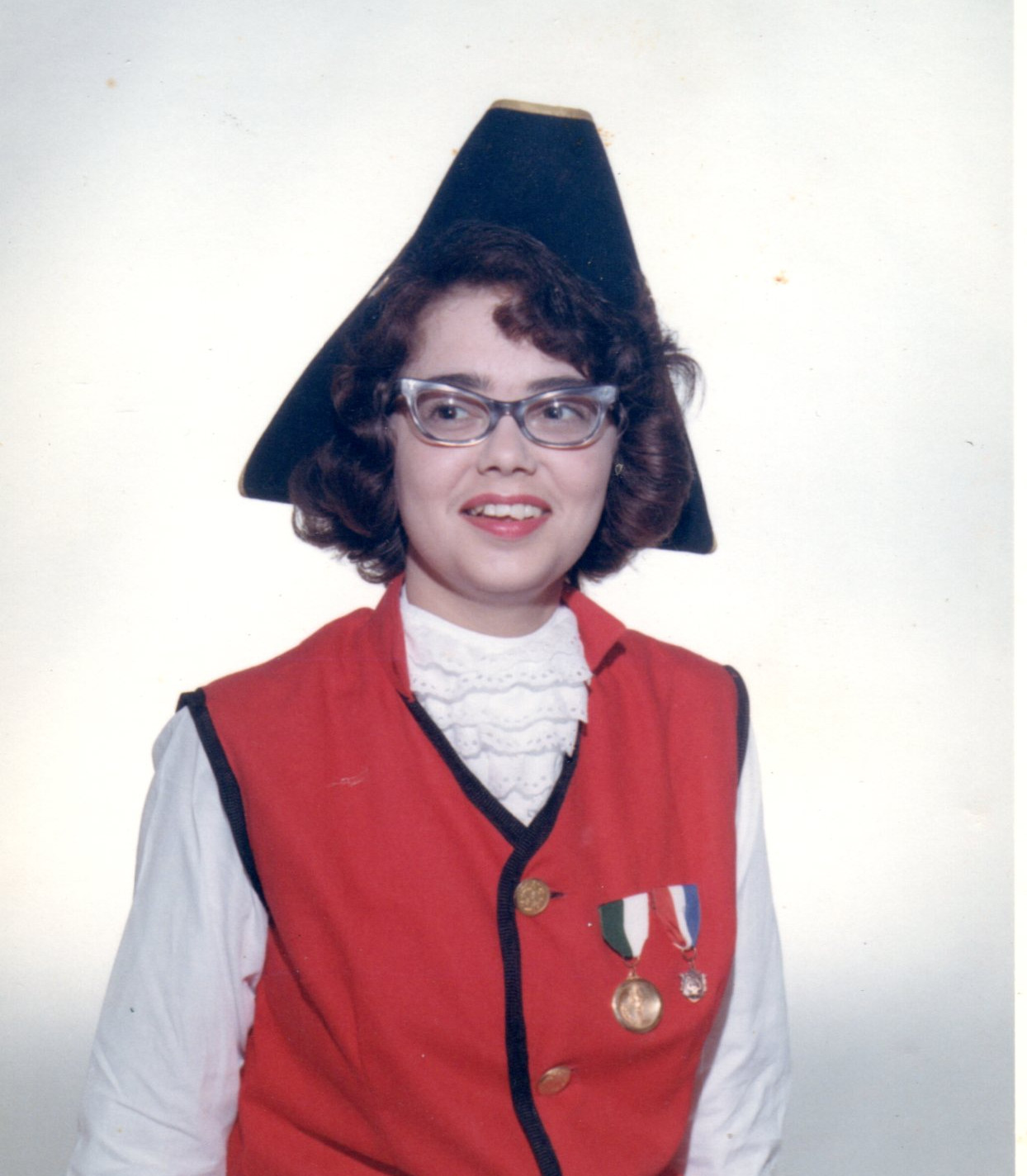 My wife, Phyllis, was a founding member and former treasurer of the USARD. Although not a drummer, her drum corps experience goes back to The Hat Makers Drum and Bugle Corps in 1958.

I wrote the following while she was in her last moments. I wanted it known how much drum corps was her part of her life:

When I received an email a few weeks ago from The Company of Fifers & Drummers asking for candidates for honorees at the upcoming Jay Birds meeting, I thought I should enter Phyllis’s name. It made sense to do so considering her many years in drum corps, especially fife & drum corps.

I did not do it and now, at this writing, her in an adjacent room, dying, I feel awful that I did not.

Phyllis started in drum corps in 1958 with the Hat Makers Drum & Bugle corps of Danbury, Connecticut, initially as a flag carrier in the color guard. She later moved up to playing the glockenspiel.

At the end of the 1960 marching season, the Hatters broke up. Soon after, at the suggestion of one my cousins, she joined the relatively new Miry Brook Fife & Drum Corps as a fifer. Miry Brook Fife & Drum Corps was hosted by the Miry Brook Volunteer Fire Department, with the corps wearing uniforms in the style of fireman’s dress uniform. The corps was intended to march for the firefighters at the many parades during the summer.

The Miry Brook corps eventually changed their uniform to a Revolutionary War style and became The Connecticut Rebels of ’76 Fife & Drum corps, and soon later became independent of the fire department, marching in contract with other fire departments.

During the 1960’s Phyllis became involved with the various drum corps associations in the area, becoming for a year, the president of the Hudson Valley Drum Corps Association. She also competed individual fife at both Connecticut and New York State meets.

Phyllis was a representative for the Connecticut Rebels of ’76 to the inaugural meeting of the Company of Fifers & Drummer in 1965. She is a lifetime member of the organization.

In the early 1970’s, when the Germantown Ancients Fie & Drum Corps first began to accept female members, Phyllis was one of the first to join. She was marching parades with Germantown while quite pregnant with her second daughter!

Phyllis’s last drum corps association was as a founding member of The Black River Fife & Drum Corps of Vermont in the late1980’s. This was her longest and possibly most enjoyable drum corps experience, which only ended when her health would no longer allow her march.

In 2008, Phyllis, although not a drummer, became a founding member of The United States Association of Rudimental Drummers, where she held the office of treasurer, and worked in the activities of the club’s annual convention. She has maintained her USARD membership to this day.

Phyllis has been a devoted drum corps person for over six decades; a wonderful mother, wife, and friend; a sweet personality – yin to my yang: she deserves better than the suffering and indignity she is enduring now.