Our Friend Joe Fontana Has Died 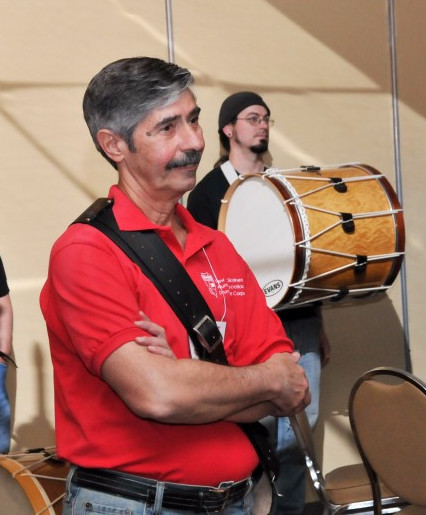 We have recently received word of Joe’s passing.

Joe Fontana has been a major supporter and contributor from the very beginning of the existing of the United States Association of Rudimental Drummers.

“Joe Fontana passed away on Sunday, March 21st at 8:45 AM after a long illness. He is survived by wife Lois, Brother Tony, a sister, and a nephew.

Joe started his drum corps career on Staten island with a small corps and then on to the Lawmen Drum Corps. He went on to play with St. Rocco’s Drum Corps from Brooklyn and the New York Skyliners in 1968 and 1981 under drum instructor Eric Perrilloux.

Joe is best known for his big smile and willingness to play and share drumming ideas with his fellow rudimental drummers. For those of us who new Joe well and for those who spent any time with Joe, will never forget him and will miss him very much. “

Here is a 2010 video Joe Fontana and Jack Murray competing at the DCA Championships: