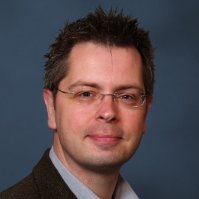 Scott Mitchell has been drumming for over 30 years, starting with the Sudbury Ancient Fife & Drum Company and playing with a variety of historical reenactment groups throughout the bicentennial. In 1981 Scott began playing with a loose organization of players that would ultimately develop into the Middlesex County Volunteers. He was drum sergeant and primary drum arranger for MCV from the age of 15 until he left the corps in 1990. In addition to those organizations, Scott has also played with Fife in the Fast Lane, the Ancient Mariners, and the Sons of the Whiskey Rebellion. He currently arranges and performs with the Grand Republic Fife and Drum Corps, a corps that he co-directs with John Benoit.

In addition to his field drumming Scott in an accomplished set drummer. He earned a Bachelor of Music degree in Jazz Performance from the New England Conservatory of Music and has numerous performance and recording credits. While living in Boston he had the privilege to study with Alan Dawson, Fred Buda, Bob Moses, and Bob Gullotti.

Scott has performed extensively in the USA and abroad with appearances in every state from Maine to Virginia on the East Coast, and throughout the Midwest and South of the US. He has performed in France in 1983 with the Regt. d’Saintonge (a French reenactment group), Switzerland in 1998 with the Ancient Mariners, with the Middlesex County Volunteers at the 2007 Edinburgh Military Tattoo in Scotland, and his most recent overseas appearance was in 2012 in Switzerland with the Swiss Mariners.

Scott is a prolific drum arranger whose work has been performed and recorded by a number of fife and drum organizations: Middlesex County Volunteers, Bluff Point Quahog Diggers Band, Kentish Guards, River Valley Colonials, and the Ancient Mariners. He has co-authored two books of musical arrangements: “Retrospective” with John Benoit, and “Fife Alive” with John Ciaglia. His arrangements have been published in Volume III and Volume IV of the “Company Book”. He has instructed the Middlesex County Volunteers and the Kentish Guards, and has taught numerous master classes and clinics, including the very first Company of Fifers and Drummers Camp and Freezer Jam.

While Scott’s musical influences range from historically accurate field music to the contemporary he has been most heavily influenced by the “Ancient Easy” style he learned by playing with the field drumming masters Ken Lemley, Freddie Bruder, Bobby and Dennis McGowan, Matt Lyons, and especially Ed Classey Jr.