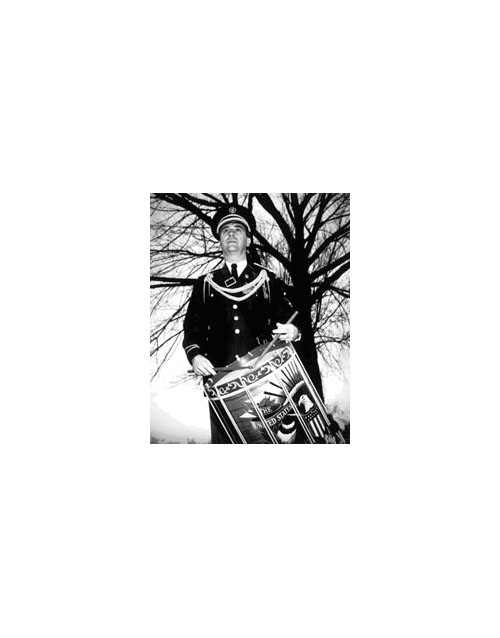 http://www.history.army.mil/aom.html
Moeller-Grand Republic Drum-The United States Army Band, Pershing’s Own-Washington, D.C. Drum played at John F. Kennedy’s funeral.
This is one of four drums that played a muffled cadence during the funeral procession of John F. Kennedy. His family looked to history to help shape the funeral and mourning ceremonies. The drum was modeled after one used during the American Revolution. Lent by U.S. Department of Defense, Department of the Army

Master Sergeant Vincent Battista, a member of the United States Army Band, “Pershing’s Own,” at Fort Myer, Virginia, was one of the drummers in President Kennedy’s funeral process.